Charles Devanneaux and co-skipper Matthieu Damerval won the 20th edition of the Pacific Cup race from San Francisco to Hawaii. They had the chance to evaluate their all-new Figaro Beneteau 3 A Fond le Girafon equipped with Adrena software. A swift and predestined victory!

Can you say a few words about you and your use of Adrena and Octopus software?

I am a Beneteau reseller in California, United States, since 2009 and Adrena reseller since 2011. I’ve participated in 1 Transpac and 4 Pacific Cups and started using Adrena software since then.

Thus I’ve followed the evolution of Adrena for many years which is why I could say that I am an Adrena “enlightened enthusiast”!

I also use Octopus software when I am cruising and I recommend it to my clients who are looking for a piece of software adapted to their offshore voyage specific needs. Octopus interface is a great improvement in terms of ergonomics. It makes the use of the software much easier.

I really enjoyed using the mooring function of Octopus when I was sailing in the Gulf of California. It was a great assistance, very efficient. This function is very much appreciated by my American customers. Their needs are not that different from the Europeans’. They are mainly looking for a piece of software that provides a direct and easy access to forecast functions and mooring assistance. 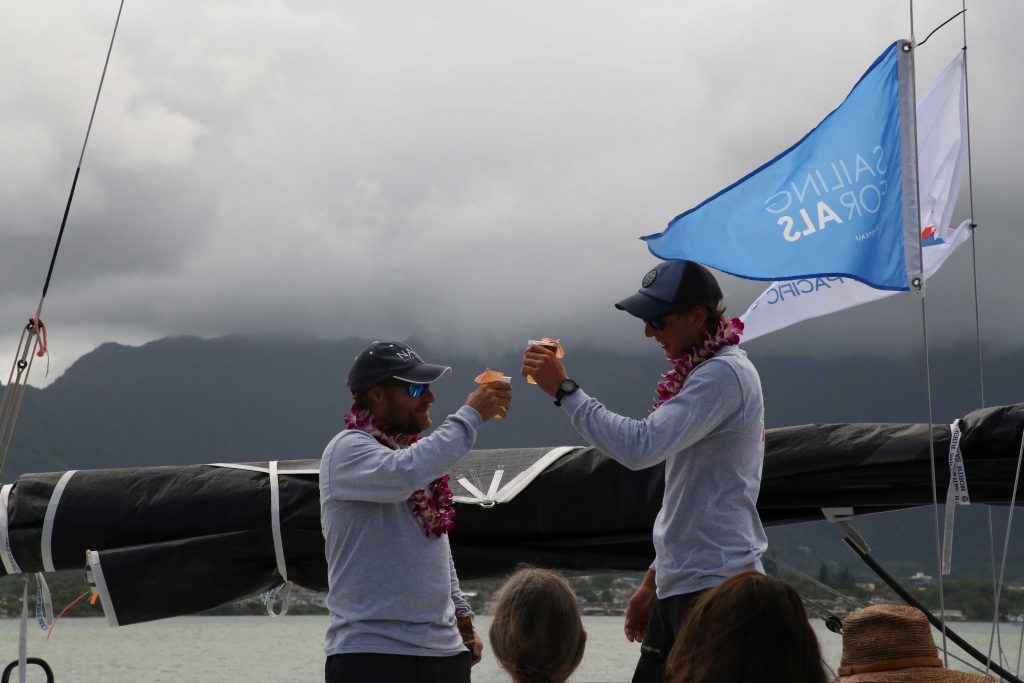 You and your co-skipper Matthieu Damerval won the 20th edition of the Pacific Cup last July. Can you tell us a bit more about the race?

We had the honor to sail a foil-equipped Beneteau Figaro 3 prototype. This boat is perfectly adapted to the prevailing conditions of the race course – reaching and downwind sailing mainly.

The conditions were unusual compared to the previous editions: there were many wind holes, and a big one in particular located between San Francisco and Hawaii. Right from the beginning, we took the radical decision to sail westward and cross the wind hole to stay on the direct route, rather than avoiding it by heading east.

…And it was the best tactical decision obviously!

The other boats in our division chose the south east option outside of the wind hole which was a much longer route whereas our route was the direct one.

After studying routes and weather forecasts on Adrena 48h before the start, we took our decision to follow the western route. Many people thought that we were a bit mad. A journalist even wrote that it was a “fatal” option and concluded his article like this: “let’s hope they will arrive on time for the prize-giving ceremony!”

In the end our boat was almost ready to be loaded on a cargo ship whereas nearly half of the fleet had not arrived yet.

One of the reasons why we took this decision is because we knew that we would have 5 days of reaching which is the optimum point of sailing for our boat. Besides, crossing the wind hole was not that risky: it took us 30 hours, knowing that all of our routing calculations estimated it between 24 and 35 hours depending on the different hypotheses.

All we did was to favor the point of sailing in which the boat is the most comfortable. Indeed, as long as it is not a one design racing and that you have good polar diagrams, you are sailing according to your own boat and not according to the others.

What are the main strengths of Beneteau Figaro 3?

The boat is extremely stable and very very easy to steer, even for my 8 year-old son! Honestly, anyone can sail on this boat. I also sailed with my wife, some customers and even some friends who are not experienced at all in sailing, and they had a lot of fun.

How did you use Adrena software onboard?

We were only allowed to download NOAA grib files – that was part of the racing rules. We downloaded them on Adrena every 6 hours and we were analyzing the evolution.

We were also using Adrena software on tactical phases, to decide for example the best moment to jibe before entering the wind hole. After a post analysis of the race, we realized that we gybed 40 nm too soon.

In less strategical phases, we were doing two routings calculations per day. We were mainly using the performance tools of Adrena as the main objective in such phases is to sail as fast as possible. 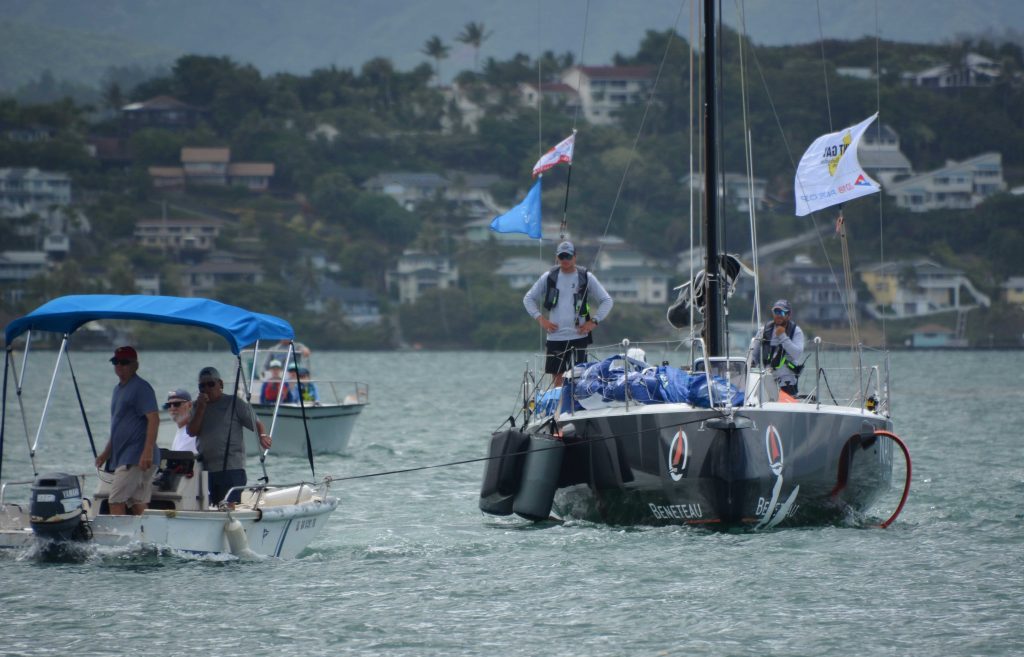 Could you tell us some good and bad moments of the race?

We had good food and good wine! I like bringing some fine wines on a boat crossing.

Another great moment of the race is when you are doing two shifts in a row because the boat is going so fast with the spi and you’re having so much fun steering that you don’t want to wake up your mate!

This boat is just amazing, I enjoy so much sailing her.

As for the worst moments of the race, I would say that we were shocked and horrified by the huge amount of trash we saw at sea. So much plastic waste, floating rubbish, fishing nets… It is completely insane.

What are your future plans?

We are qualified for the 50th Transpac next year, and it is going to be a huge event. We are very happy to participate. And, of course, I will be using Adrena onboard. As usual, I am looking forward to discovering the new features that will be released in December!